Attempted to get up for a sunrise run but snooze won that battle and it was hours later till we all finally moved and given what was about to happen this day it was necessary. I still managed to get that 2 mile run in though followed by deep cleaning Phoenix’s room while Jason distracted him with a trip to the shower house.

Enjoy the view I give it less than 10 mins.

What happens next is a lesson well learned with #rvlife. As Jason is emptying the kitchen sink I see water leaking outside near the back tire, we quickly realized the gray tanks were full. Simple solution right get to the dump tanks. Well when you take a wrong turn out of your campground loop and end up going around the other loop that just so happens to have all the potholes in one state on one road.  The hellish smell of all our dirty gray water began creeping through the RV, once I got a whiff I turned around to see water on the ground by the shower. I rushed back just in time to see all this nasty water sloshing around in our shower aka storage area. The gray tank was so full that every pothole we hit kept sending this dirty dish water right back up the pipes and filled the bottom of our shower. DISGUSTING!! Thank the lord our cooler drain was plugged otherwise I swear we would probably be buying another one, our radio on the other hand was submerged and we said goodbye to that. This was legit a germaphobes worst nightmare. We got her drained and cleaned up then scrubbed up like we were going into surgery.

So lessons learned here never trust you tank sensors and get to know how long you can go in between dumping them. Tank sensors turns out are a very popular complained about item once you start searching.

Getting back on the road we hoped Texas could turn our day around. By golly it was quick to do it. The speed limit on Texas country roads is the same as the damn interstate back home actually not even. We were allowed to go 75 mph down these endless roads with nothing but bright blue skies.

Billy’s BBQ in Jasper Texas was the cake, icing and cherry of the day. This run down shack of sorts seriously holds the best BBQ we have ever had. Never judge a book by its cover right.

I had a huge and magnificent chopped beef sandwich with the largest bun ever, I don’t even know where you find buns that size. Jason indulged in ribs that were falling off the bone and sauced to perfection. Phoenix had a burger that tasted almost to a tee like a big mac. Absolutely delicious and only $30 for all of us. Don’t know how this place ever passes inspections but damn it so good and the beyond friendly lady who had us sign the book of visitors. They have had visitors from pretty much every state and several countries.

If you are curious how we stumbled upon this wonder I was googling Texas BBQ and happened upon Texas Monthly top 50 BBQ’s.

Our high of BBQ was quickly killed by our serpentine belt snapping into pieces near Bryan Texas followed by lost power steering. I tell ya what a day. We managed to pull in to a gas station, did some research and found the quickest path to the nearest part store, Auto zone.

We made it to a Wal-Mart afterwards and realized we would not be fixing this on our own. Several people stopped and asked if we needed help while offering all the advice they could. One gracious couple even tried calling their mobile mechanic. Despite it all mother nature reminds you of your blessings, it is all rainbows and sunshine after all. 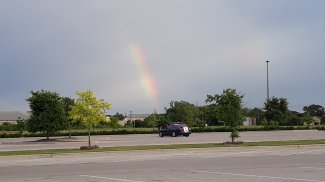 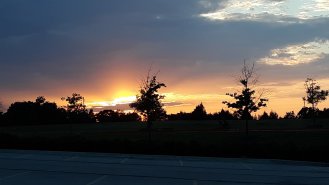 After a bit more research I called and left a message with Dream Machine Auto Hobbie who eventually called back and we were so thankful they did. This shop is one of a kind being a DYI auto shop with mechanics on hand that is open till 11 pm and has the nicest and most sincere owner ever. Tony was a true blessing and I’m so thankful our paths crossed even the way they did. Finding out the auto part store gave us the wrong belt Tony allowed us to stay on his premises over night and even offered us electricity which we declined not feel like a burden. Now that is excellent customer service and this was one hell of day! Sleep was more than welcome at this point.