Check out day. On these days we make sure everything is charged, dishes are done, and I took advantage of the extra time doing a real thorough cleaning of the RV while the boys went to the shower house. Reorganized, vacuumed all the chairs, swept and mopped. Funny enough I did all of that in the time it would take me to just simply mop the kitchen back home, the wonders of a small living space.

Some will call me crazy but with the excitement of the baby bear yesterday we did not get a proper family photo by the falls. Unknowing if this will be our only time here we made those grueling steps back down to the misty bridge this time with the selfie stick to help us accomplish the goal. 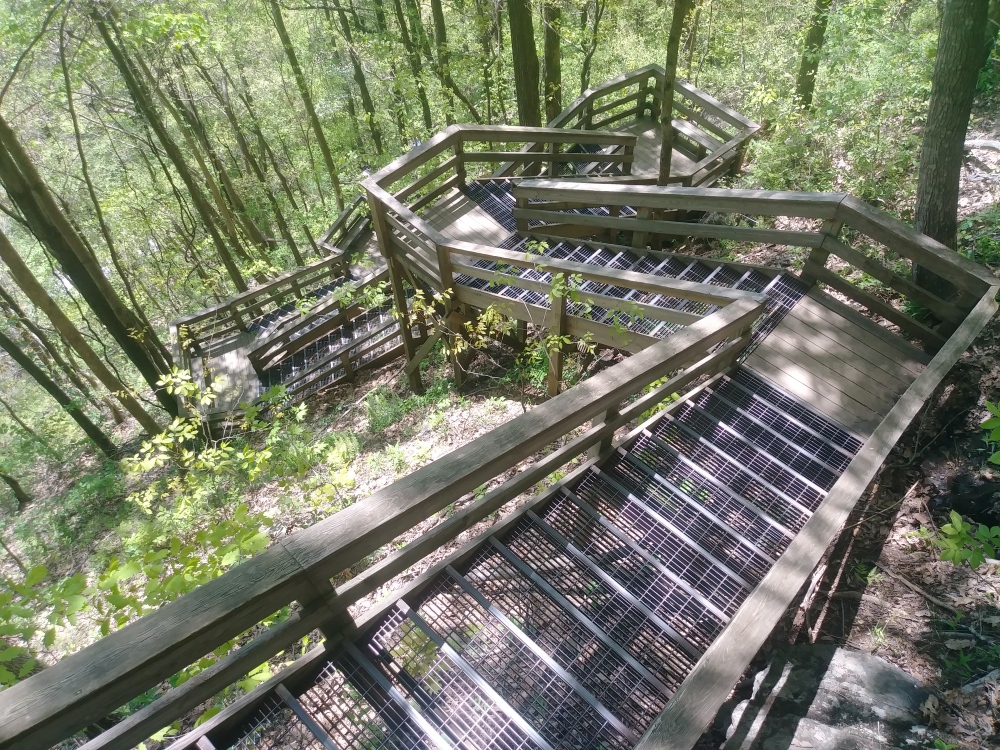 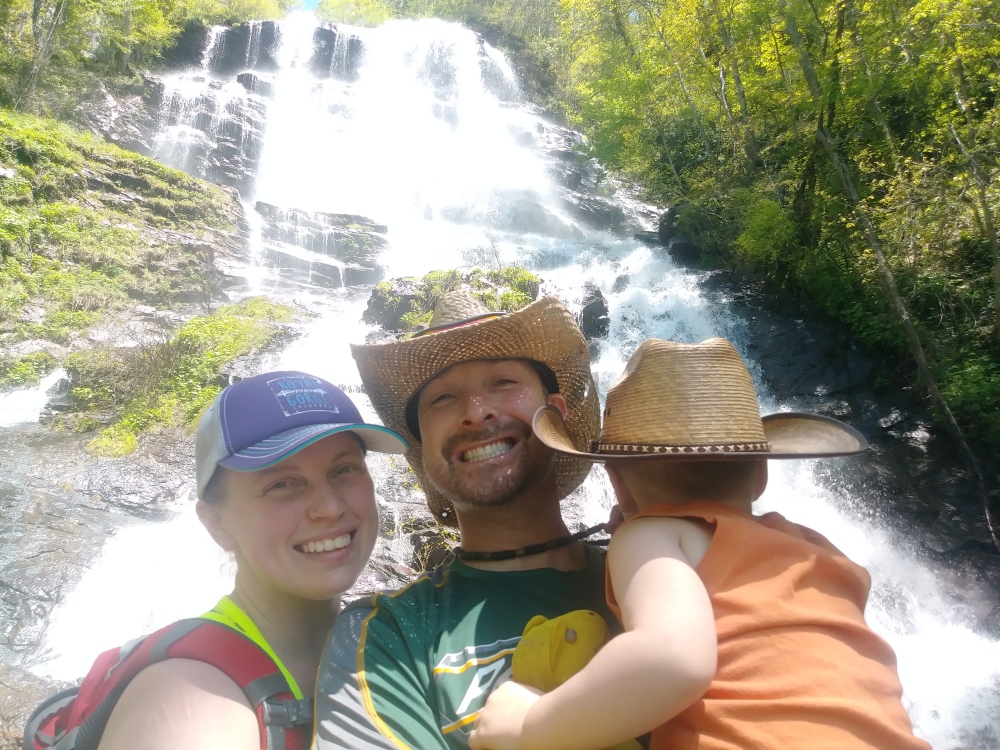 I was dreading the hill down out of the park, 25% incline so imagine the down! Surprisingly it went way better than I thought. Let’s just say I’m not quite ready for the mountains of the west quite yet.

Our plan was to backroad to Senioa, Georgia, home to the world famed Walking Dead filming area. A hour into the drive we decided to try what we thought could possibly be the quicker route. I will tell you right now we will never come to that decision again even considering we picked the absolute worst area to try it out, Atlanta. F**K Atlanta!!

Atlanta, Georgia home to the 6 lane freeways, suggested speed limits and heavy traffic. There is not such thing as skirting around this city. If its a road there is backed up traffic, our southbound side of interstate was at least moving but not fast enough. We would range from dead stop to 65 back to dead stop then moving maybe 20 mph. This is where our RV would say enough is enough for the first time. Nice timing girl!

We were on 285 South when Jason lost all power to our home. He tried his damnedest to get over completely on the shoulder but we ended up with our ass end still out blocking a lane of traffic. I panicked thinking we were going to either get rear ended or cause a crash by slowing traffic. I grabbed Phoenix initially and semi braced for impact while letting my parents know the situation.

Out of nowhere a godsend of a gentleman pulls to the shoulder in front of us and starts backing up. He hops out, grabs a chain without one ounce of hesitation. Can we fill the world with more of these people?

He pulls us off the freeway and to the nearest gas station. We even became unhooked twice. Once to the gas station I hopped out and gave him the biggest thank you I could. Thank you for restoring my faith in humanity. He graciously gave us some tips and directed us to some hotels if needed.

Turns out we just overheated from no airflow in the concrete jungle. Honestly how to people live here. Sat at the sketchy gas station for a half hour or more then tried the engine, she turned over as new so we purred away.

An hour behind and now worried about the function of our 1992 rig we pressed on to Senioa. 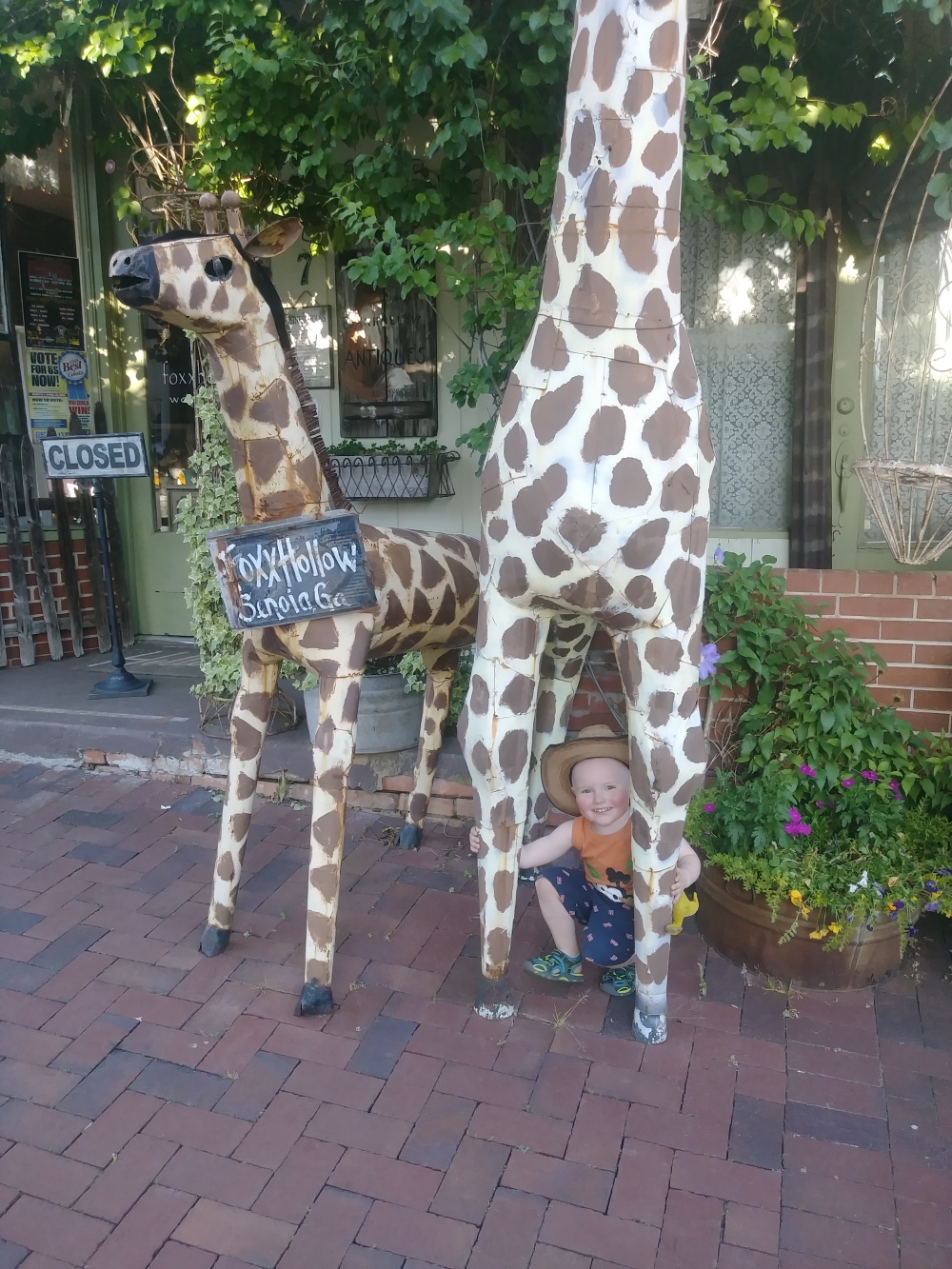 Senioa remind me of an upscale Sparta that actually has a fully open window front downtown with very well kept and flowering beds all along main street. Small town feel but yet so much to offer. Arriving later than anticipated we parked in a local grocery shop and walked to find some food. Ending up at Maguirie’s, a full Irish Pub where I ordered my usually fish with chips, Jason a reuben, and Phoenix BBQ wings. I don’t even like Reubens and this one was phenomenal!!

The adventure certainly did not end there. Jason and I do the have the best of luck and those of you who know us or have been following along are probably laughing at the thought of our misadventures. I found a free site using the freecampsites.com site, I use this site religiously to keep our budget in check. Keep in mind that you are relying on the personal opinions and directions of random people who leave a willing review. In other words do a bit of research.

We were heading to a campsite located on some Georgia WMA land. 1/4 mile left till site we hit a road closed sign. Detoured 20 mins around on soft Georgia clay during the dark  almost succumbing to its grabbing pulls once before coming upon a bridge out sign. Well that particular wording would have been great on the other side considering its the same freaking road!! So Wal-Mart for the night it was. Thomaston, Georgia Wal-mart is where we refuged for the night, literally pulling up and falling asleep. What an exhausting and eventful day.

Better yet get them all outdoors.