Ahh Day 2 of our Road Trip started out with gorgeous sunshine and the songs of birds. One of my favorite parts of camping waking up right in heart of nature made even better when you don’t have a need for the rainfly and can just relax watching the birds and insects go about their lives.

Unfortunately time pushed us out of the tent to get the day rolling as long hours of driving awaited us. Breakfast done, everyone dressed and ready we wanted to stroll the trails before being cooped up for the next 6-8 hours. 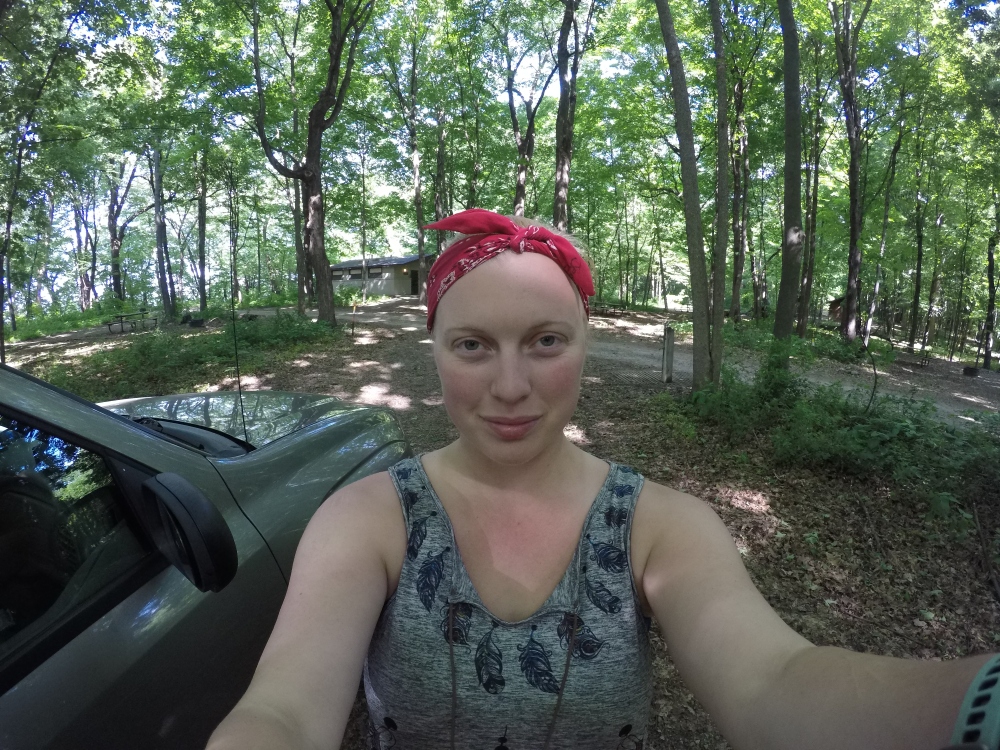 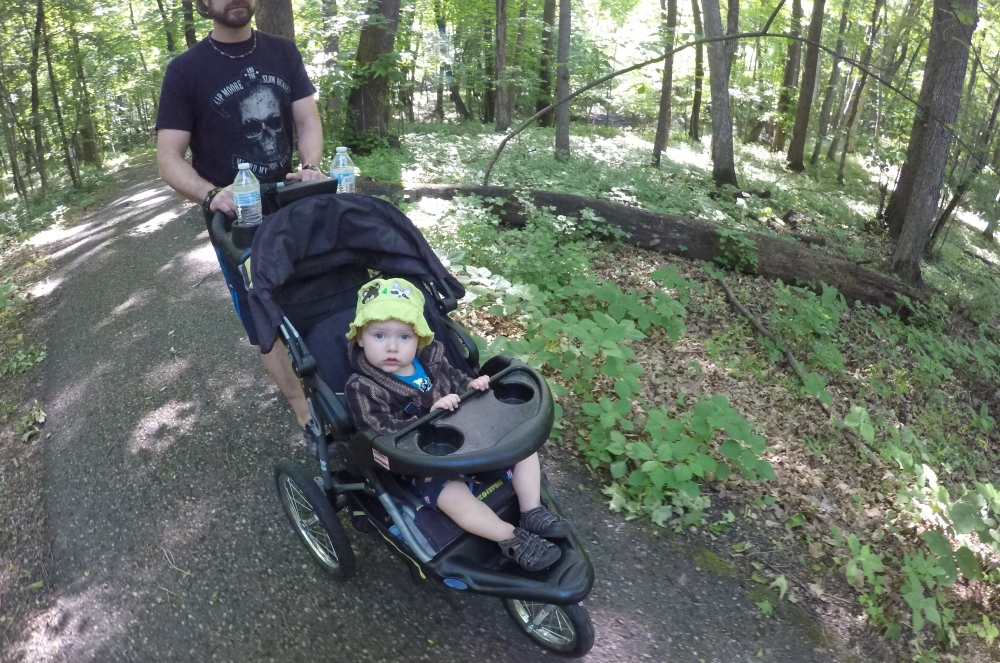 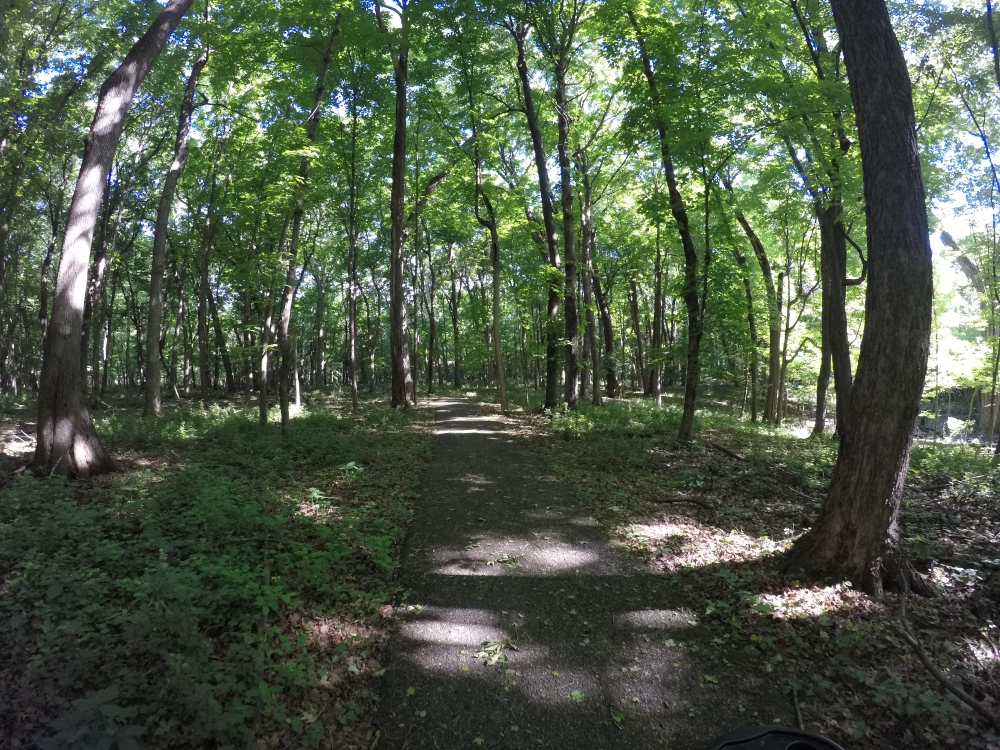 Now this state park offers 16 miles worth of hiking trails the most popular one being the Esker Trail. We did not have time for that sadly, we opted for the little over a half mile accessible trail so we could bring the stroller for Phoenix (saving lots of time). This trail sure was a teaser thinking it would bring you out the lakeside at some point but only coming to glimpse range once the back around.

Before hitting the interstate to fly to South Dakota we stopped by a Wal-Mart in Albert Lea Minnesota so I could fulfill my insurance claim on my very shattered phone. Out of pure luck they had the one I wanted and only one left!!! New phone in hand along with some damn cute dino socks for Phoenix I check out. Don’t worry there is a reason for putting this pit stop in the blog. Just going to have to follow along to figure out why 😉

Now time for some of the most boring driving ever, I have never liked the drive from Wisconsin to South Dakota. Only an hour or so into the drive we all start getting hungry. Pulling over at the good old Des Moines River Rest Area near Jackson MN, we pull out the cooler goods and set up shop in a picnic area as far in the shade as possible cause man it was a hot one that day. Sadly the shade almost did nothing, humidity sucks! Phoenix was having such a blast though climbing all around and under the table. When Jason was putting the cargo rack back together (that got annoying quickly as we had 2 totes, a cooler, portable table for boondocking purposes, canopy, tent and stroller all nicely stacked on this cargo rack but had to be unstacked every time we needed something out of the back hatch door) I was helping Phoenix climb a tree for the first time and he just loved it. Pretending to be a monkey with noises and all. After the fact I was mad at myself for not getting a picture but running to get my phone meant missing out on life moments. I hope you would pick the latter also. 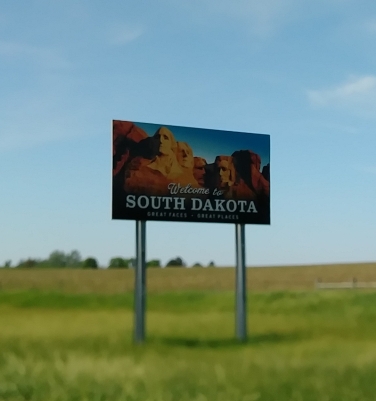 Back on the road for what seemed like a century we made it to Wall, South Dakota. Only taking a pit stop here as Sage Creek Campground in Badlands National Park was our final destination. The drive back to this campground involved a very long washboard gravel road. Trying to keep Phoenix sleeping through that was nearly impossible. The scenery was fantastic though, this area of South Dakota put a new meaning to rolling hills.

Sage Creek Campground is a FREE camping area nestled in the back country of the Badlands National Park. Yes free but you still need a National Park Pass. NO Water, NO Fires, NO Flush toilets/showers. Just very well kept pit toilets, picnic tables with wind breaks, buffalos and prairie dogs. Coming from Wall there were signs saying you were entering a fee area but no toll booth to pay for a park pass. I can only imagine how many people take advantage of this but in retrospect if your staying here almost everyone makes there way to tour the Badlands where there is a place to pay for park pass. 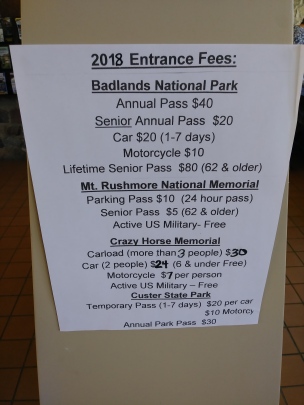 To our amazement this place was pretty full by the time we arrived on a Tuesday night. Thankfully there was a spot for us with a picnic table still. It filled up even more after this video. (if video does not show up I’ll be fixing it tonight, damn electronics.) 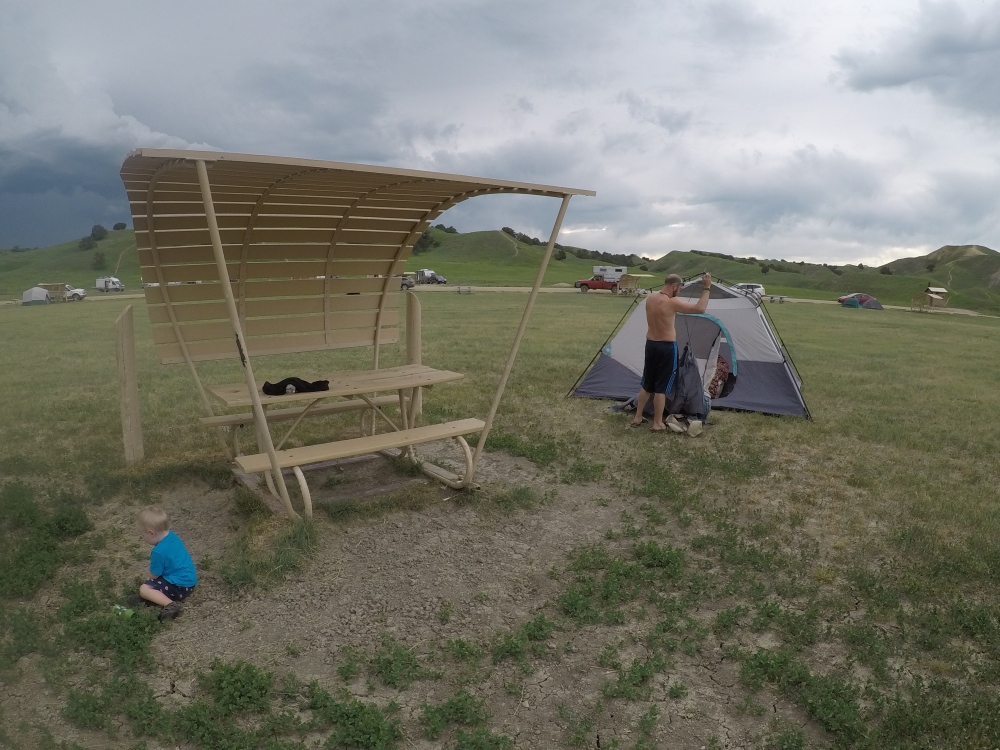 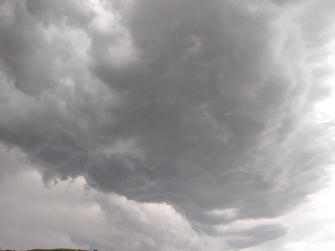 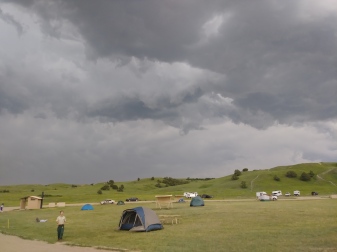 Getting camp set up in the nick of time as you can tell a storm was brewing. A small storm rolled through bringing fierce wind and some of the biggest rain drops I have ever seen. Wind so strong all tents were hanging on for dear life. Our poles are luckily pretty flexible as they were meeting the air mattress. Jason had to hold the tent just so I could change Phoenix quickly as he had a rare blow out. Our luck 🙂 Adds to the adventure right. Jason got the tent secure and back to Wall we went because of our rookie mistake of forgetting to get ice. Takes about a half hour to get to Wall from Sage Creek Campground due to condition of the road. So learn from us and stock up before going.

To add to the already comical night we had one more rookie mistake for ya, through all the chaos with the storm I left Phoenix’s box of clothes on the cargo rack not tied down and slightly open. Somehow this box stayed on that cargo rack all the way to the town of Wall. How the hell that was even possible blew my mind, that road out is the definition of washboard but it stayed. WTF is all I got on that one. His clothes on top were only damp and still there so I was not questioning ways at that point lol

After all this we were hangry and getting cranky so easy turkey wraps for supper it was. Which left time for admiring some camp guest, BUFFALO. Phoenix was over the moon with this. I’m so happy he was given the chance to experience these magnificent creatures up close within a safe distance of course. 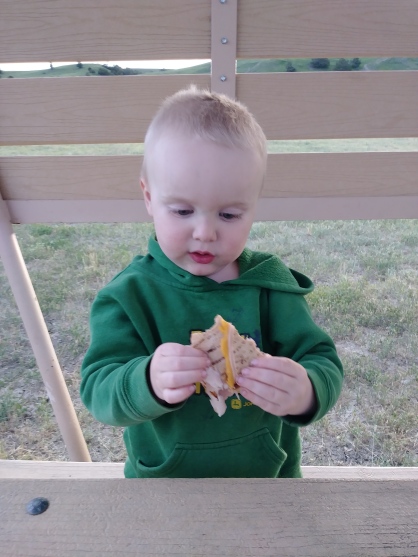 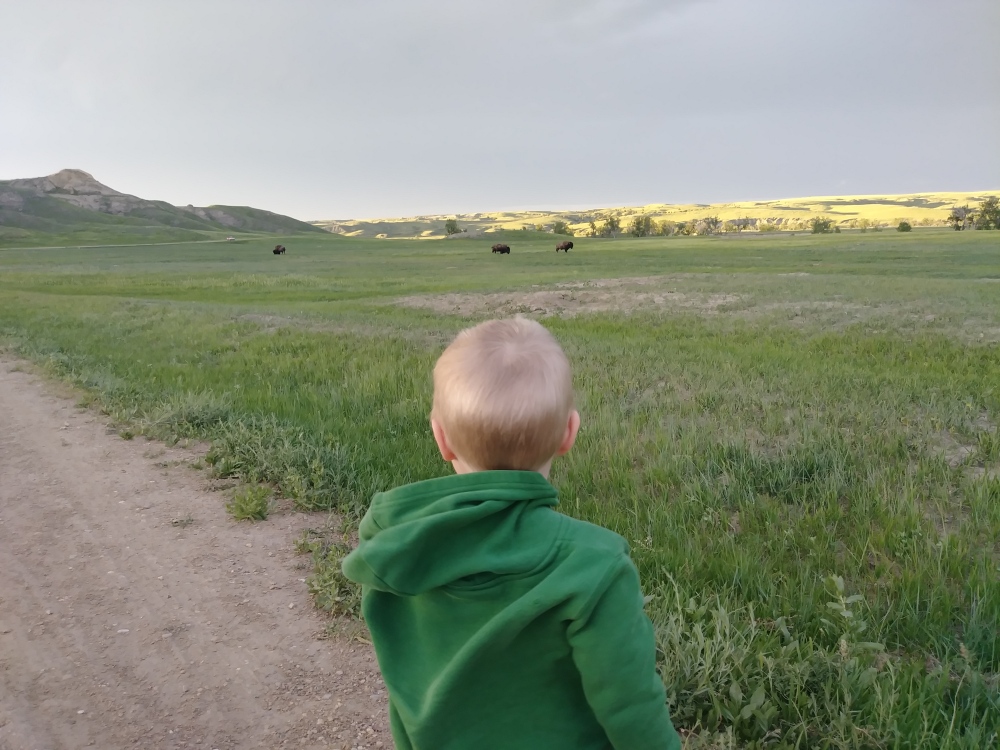 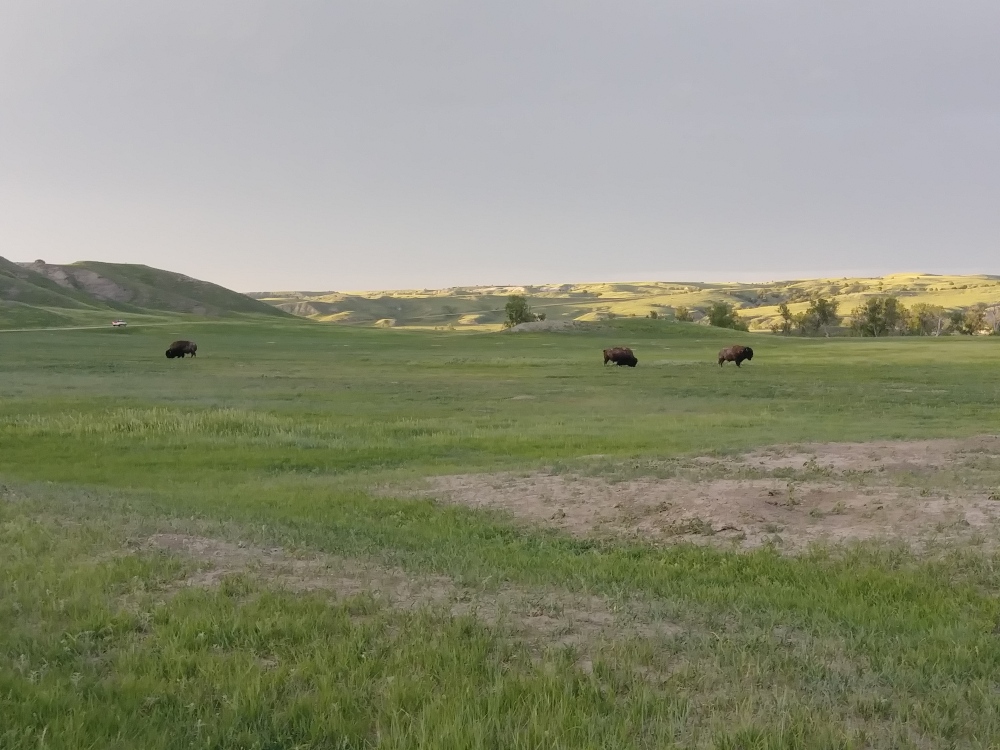 The sky after a storm is always gorgeous and tonight proved that, backdrop helped to top it off. 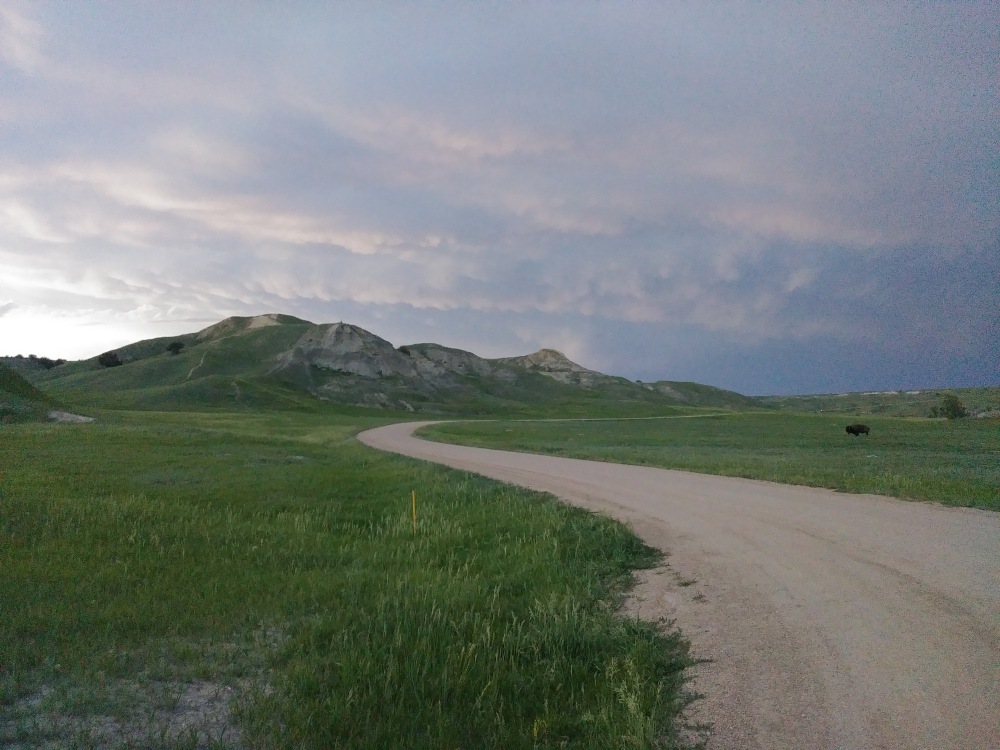 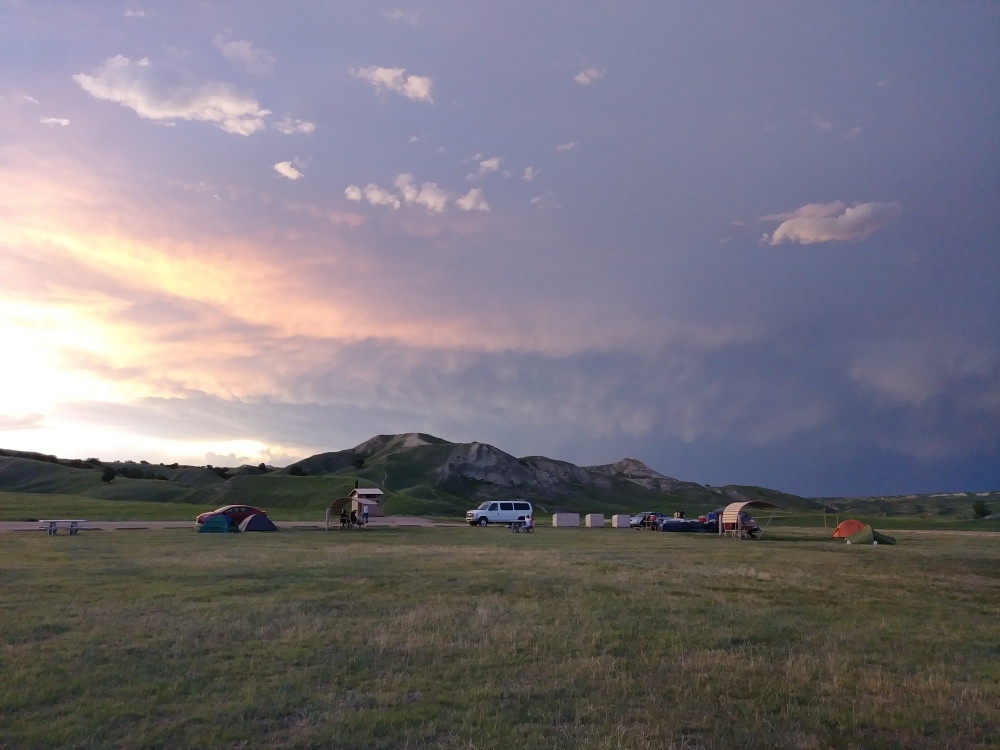 The night could not have ended any better, relaxed and cuddled in the tent watching a movie on the portable dvd player as a cute little family with the outside world whirling. Another little storm blew threw with some more fierce wind not phasing us one bit.